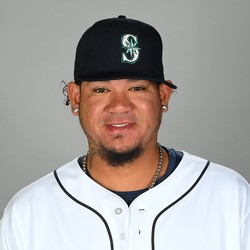 Not a great start for Hernandez, but the damage was limited. The concern came when he faced the Boston lineup the second time through the order because they were able to hit him pretty well. The Braves have three pitchers vying for two rotation spots to start the season and it appears Sean Newcomb has sewn up one of the spots, so the remaining spot is a duel between Hernandez and Kyle Wight.