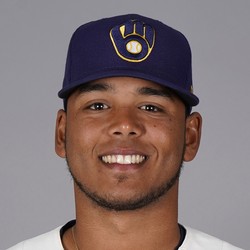 Freddy Peralta is in the process of finalizing a five-year extension with the Brewers Wednesday morning. The five-year deal totals $15.5 million, plus two club options that could bring the total to $30 million.

Peralta ended 2019 on a high note, registering a 1.86 ERA over eight September appearances. The Brewers have tabbed Peralta as a candidate competing for the fifth starter's role in 2020, but he can certainly serve as a reliable bullpen piece if he fails to crack the rotation. The final details of Peralta's extension should come over the next few days.