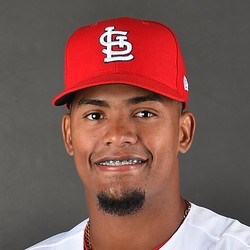 Genesis Cabrera is dealing with a cracked fingernail on his left hand that forced him to exit Monday's Grapefruit League game against the Twins.

Cabrera allowed two walks and one hit while striking out one across a scoreless inning before exiting Monday's 6-1 win over the Twins. He appears to have avoided a serious injury and is currently day-to-day. Cabrera has been a starter most of his minor league career, but will come out of the bullpen in 2020. He is someone to keep an eye on in NL only leagues.