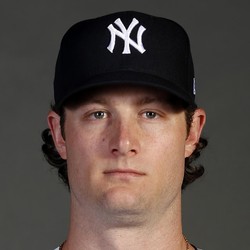 Gerrit Cole pitched five innings in an intrasquad game Tuesday, allowing one run on one hit and two walks while striking out six, Pete Caldera of The Bergen Record reports.

It was impressive that Cole was able to go five innings and throw 67 pitches, 45 of which were for strikes. The veteran starter should be able to go deep into his first start the Nationals in the opening game of the MLB season on July 23.