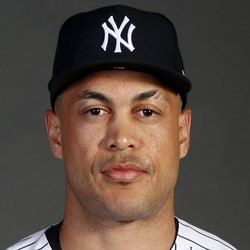 Stanton's Grade-1 hamstring strain was going to keep him out of action for Opening Day, but he now should be ready to go whenever the season begins. Stanton will always be an injury risk, but for now, view him as a healthy option heading into the season. His power potential therefore makes him an option in Round 3 or 4, depending on your risk tolerance.

Regarding outfielder Giancarlo Stanton, Yankees manager Aaron Boone told reporters "if we were to start Spring Training games up tomorrow, he’d probably be ready to go."

This would seem to indicate that Stanton remains on track per his initial timeframe. He was expected to miss the start of the regular season, and he would need some time in exhibition games prior to being activated from the IL assuming there was no delayed season. By the time the regular season does begin, which remains TBD, Stanton and other currently-injured players will have new values, causing fantasy owners to reevaluate them as they prepare for drafts.