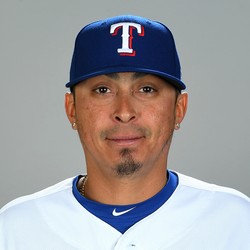 Jesse Chavez done for the season

Jesse Chavez (elbow) will not pitch again this season.

Chavez was placed on the injured list earlier this month. His injury was originally reported as right elbow impingement, but after further testing, it was revealed to be a bone spur. He will be examined next week to determine if surgery is necessary. Chavez finishes the season with a 4.85 ERA, 1.33 WHIP and 72:22 K:BB across 78 innings.