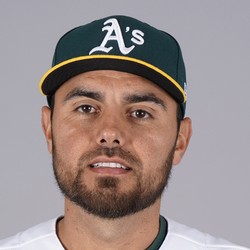 Joakim Soria picks up first save

Joakim Soria allowed one run on one hit while striking out two through an inning in Thursday's 5-3 win over the Yankees. He picked up his first save of the season.

Soria was called upon in the ninth inning to protect a three-run lead. He allowed a solo home run to Gleyber Torres, but was able to settle down and notch his first save of the season. Soria now has 221 saves to his name over the course of his career, but will continue his usual setup role with Hendriks firmly entrenched as the team's closer.