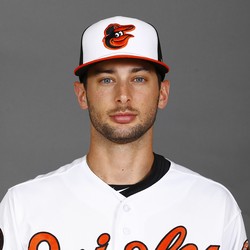 The Giants have decided to part ways with 28-year-old Joey Rickard by not tendering him a contract for the 2020 season.

Rickard spent time with both the Orioles and the Giants in 2019 but was not able to gain much traction in either stint with the clubs. He has shown potential in the minors with good plate discipline (10%+ walk rate) in his early years but has since not lived up to his early success. Rickard can safely be left off of draft boards unless he is able to regain his ability to get on base and limit strikeouts.