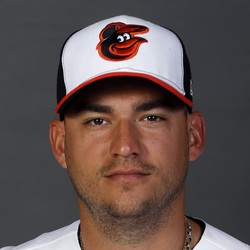 Jose Iglesias knocked three singles in Tuesday's exhibition against the Nationals, including two off of Max Scherzer. He even showed some hustle, getting thrown out attempting to go for extra bases on his second single.

Iglesias has the starting shortstop gig wrapped up, and can be had for pretty cheap on draft day - outside of the top 500. He is a solid middle infielder on your bench in 15-team leagues and deeper.