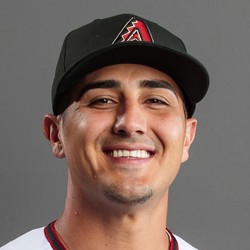 Josh Rojas went 4-for-5 with a homer, a double, two RBI, and three runs scored in the D'Backs' 14-7 win over the Padres on Monday.

The homer was his second in 17 games with the D'Backs. Rojas had gotten off to a slow start with Arizona but is now riding a five-game hitting streak. Still, he won't have much fantasy value unless he sustains this production for a bit longer.

Brendan Tuma - Too Much Tuma31 weeks ago