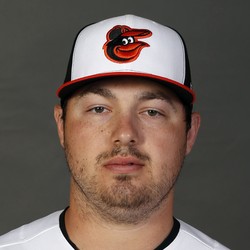 Keegan Akin gets lit up Tuesday

Keegan Akin started Tuesday and pitched three innings, giving up three runs on four hits and a walk. Akin's day was ruined when top prospect Christian Pache hit a three-run bomb off of him in the second inning. He struck out four.

Akin's ERA for the spring sits at an unsightly 7.45, making him a long shot to make the major league roster. He has three average pitches and average command, which should keep him on waivers for his fantasy career.