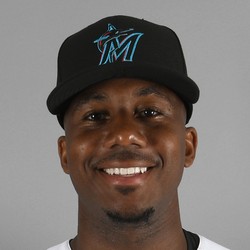 Marlins outfielder Lewis Brinson was optioned to Triple-A New Orleans on Tuesday, according to beat writer Joe Frisaro on Twitter. Garrett Cooper is being recalled to take his spot on the roster.

Once a top prospect who came to Miami in a trade with the Brewers that sent Christian Yelich to Miami, Brinson has struggled mightily in the big leagues. After hitting just .199 last season, the young outfielder is hitting .197 with 28 strikeouts through his first 27 games of 2019.