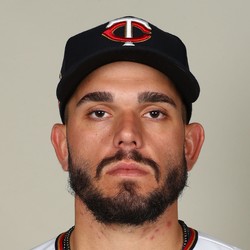 Lewis Thorpe impressed on Sunday in his major league debut versus the White Sox, striking out seven and allowing just two runs in five innings pitched.

The only damage Thorpe gave up was a two-run homer to Yoan Moncada. The lefty was otherwise sharp so it’ll be interesting to see if the Twins give him another start soon. He’s a name to remember in deeper leagues.