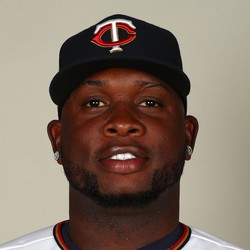 Sano missed over 50 games but still hit 34 homers and drove in 79 runs. With a full season, 50/110/110 is a real possibility but let's not pretend that he hasn't let fantasy owners down a number of times so there is most definitely some risk as well.

Miguel Sano has signed a three-year extension with the Twins that includes a club option for the 2023 season.

Sano had a limited 2019 campaign, but when he was on the field he produced for Minnesota. He hit 34 homers in only 380 at-bats for a .923 OPS. His average continued to hover below .250, but it was still an improvement on his lost 2018 campaign. Owners are hopeful that he can continue to build on his progress as he's still only going to turn 27 (May) this season.