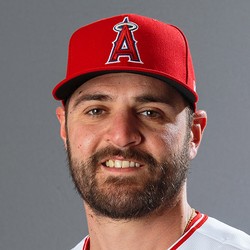 Nick Tropeano (0-1) allowed seven runs on six hits and three walks while striking out three in five innings in Friday's 9-3 loss to the Orioles. He took his first loss of the season.

Tropeano was called up from Triple-A Salt Lake ahead of Friday's game to replace the scheduled starter, Griffin Canning, who pitched in the 15th inning Thursday. He allowed six runs in the second inning, with most of the damage coming from a three-run homer off the bat of Renato Nunez. Tropeano's future status in the Angels' rotation has yet to be determined, and he owns a 9.88 ERA and 1.76 WHIP in 13 2/3 innings this season.