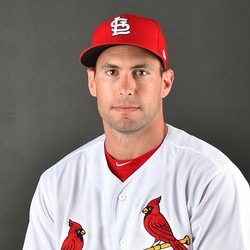 His production has been on a steady decline over the past three years as he has gotten older, and that is not something I plan on buying into in the 5th round.

Paul Goldschmidt has been dealing with a sore right elbow since just before spring workouts began. This has limited his ability to throw, but he says he's been feeling better lately.

This could delay his start to the spring, and the team could opt to use him as a DH to avoid having him field and throw. This is likely to be a non-issue for the 2020 season given how early it is and the seemingly unseverity of the injury, but if this lingers it will be something to monitor. Goldy was able to accrue as many at-bats in a year as he has since 2013 last season, helping his counting stats, but his rates were down across the board.