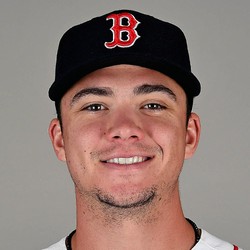 Bobby Dalbec gets optioned to Triple-A

Bobby Dalbec was one of five Red Sox players optioned to Triple-A Pawtucket on Sunday, Chris Cotillo of MassLive.com reports.

Dalbec is one of the Red Sox' top prospects and showed some nice flashes in camp, but he was always poised to begin the season back in the minors. However, the 24-year-old figures to make his major league debut at some point in 2020.