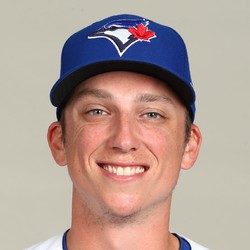 Borucki was making just his second start of the season as he has missed most of the year with injuries. Borucki will look to bounce back in his next outing when he faces the Orioles in Baltimore on Thursday. Fantasy owners should leave him on the waiver wire for now.