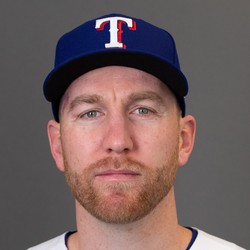 Todd Frazier signs with the Rangers

Todd Frazier agreed to a deal with the Rangers on Sunday.

Frazier and the Rangers have reached an agreement pending a physical. The terms of the deal have not been announced, but it was most likely a one to two year deal. During the off-season, the Rangers explored acquiring Josh Donaldson and Nolan Arenado, but have settled on signing Frazier. The veteran third baseman slashed .251/.329/.443 with 21 home runs, 67 RBI, 63 runs scored and one stolen base across 447 at-bats in 2019. Frazier will likely be the favorite to start at first or third for the Rangers, where his fantasy value should slightly increase with the move to hitter-friendly Globe Life Park.