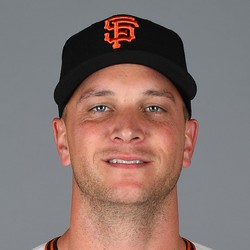 Tony Watson emerging as front-runner to close for Giants

Tony Watson is the favorite the begin the year as the Giants' closer.

Watson has not yet been formally named the team's closer, though he's embracing the role as leader of the Giants' young bullpen. Watson has 30 career saves, making him the most accomplished reliever on the roster. Shaun Anderson was believed to be another candidate to close, but he is being stretched out to accommodate a starter's workload this spring. Watson is not, at this point, an interesting fantasy option at reliever, due to the lack of stability in his role and the predicted weakness of the Giants.