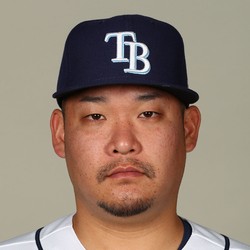 Yoshi Tsutsugo has returned to the United States

Tsutsugo signed a two-year, $12 million deal with the Rays over the offseason. He had returned home to his native Japan once spring training 1.0 was shut down. However, he will begin workouts with the club and will be ready to go once the abbreviated 2020 season gets underway.