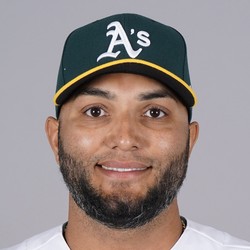 Yusmeiro Petit gets win in relief

Yusmeiro Petit picked up the win after pitching 2 2/3 scoreless innings surrendering a hit, a walk and striking out one as the A's beat the Jays 10-5.

The line doesn't tell the entire story as he promptly gave up an RBI single on one pitch to Yangervis Solarte followed by another run on a Kevin Pillar sac fly but both runners were inherited from Santiago Casilla who got saddled with the messy numbers. The reliever was squeaky clean the rest of the way picking up the win in the process. He's been a generally reliable arm for the A's in 2018 working to a 1-0 record with a 3.62 ERA and 1.21 WHIP.