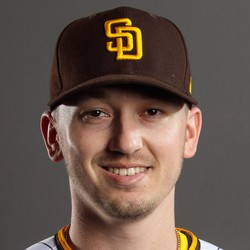 Zach Davies started the game against the Brewers on Sunday and pitched two scoreless innings, including one strikeout.

In his first game action since being traded in the off-season, Davies faced his former team and, while it was just two innings in the Cactus League, he appeared capable of being the Padres' fourth starter in the rotation. Davies was decent during his tenure in Milwaukee, but the Padres are hoping he fares even better with the switch to pitcher-friendly Petco Park. His career home ERA with the Brewers was 4.65, while on the road it was 3.04.