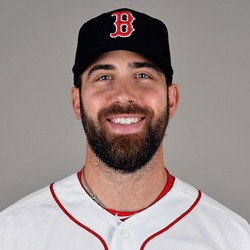 The White Sox placed Zach Putnam on the 10-day DL with elbow inflammation on Tuesday.

He left Saturday's game when his right elbow began to feel tender. It's a big blow for the struggling White Sox as Putnam was a bright spot out of the bullpen. There were reports that he was back to full health however that was not the case. He wasn't really on any fantasy rosters though so this isn't that big of a deal in fantasy-land.