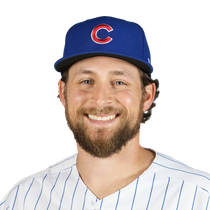 The Marlins have optioned right-handed pitcher Nick Neidert to the alternate site. This comes after he allowed five runs over three innings in his start on Tuesday. (Source: Jordan McPherson on Twitter)

Fantasy Impact: Neidert's demotion brings the Marlins' active roster to 25, so they have an open spot. However, they're not expected to make a corresponding move and fill his spot until Thursday. Neidert has allowed nine runs over three starts (12 innings) this season. 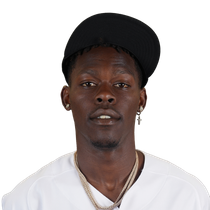 Jazz Chisholm is leading off and playing second base on Wednesday against the Orioles.

Fantasy Impact: This is his first time leading off this season. Chisholm has displayed some very encouraging batted ball and sprint speed data this year, but concerns over his whiff rate remain. Still, he’s a locked-in fantasy starter right now. Leading off only helps his value. 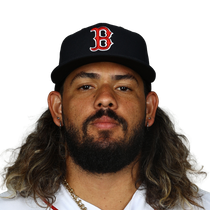 Fantasy Impact: It has been an issue for a little while now so Miami is going to give him some extended rest. Chad Wallace and Sandy Leon will split catching duties while Alfaro is sidelined. 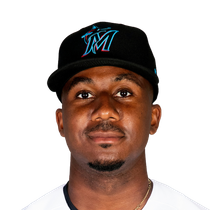 Lewis Brinson expected to be recalled from alternate site

Miami Marlins outfielder Lewis Brinson has been recalled from the team's alternate site to replace the injured Starling Marte on the 26-man roster, per Craig Mish. (Source: Craig Mish on Twitter)

Fantasy Impact: The move hasn't been made official yet but this would make sense considering Miami needs an outfield replacement after Marte fractured his rib on Sunday. Brinson is hitless in his eight at-bats this season and holds a career .187/.240/.300 batting line over 256 games. He should see semi-regular plate appearances for as long as Marte remains out. 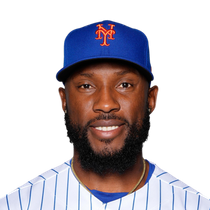 Marlins OF Starling Marte underwent an MRI which revealed a non-displace fracture on his rib. (Source: Craig Mish on Twitter )

Fantasy Impact: Marte underwent an MRI on Monday and was diagnosed with a non-displaced fracture in his 12th rib. He is expected to be placed on the injured list and will be re-evaluated in five-seven days. A timeline for his return should be clearer after his evaluation. 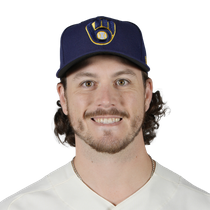 Marlins third baseman Brian Anderson went 0-for-3 in Sunday's loss to the San Francisco Giants and is now hitless in four of his last five games.

Fantasy Impact: Anderson's batting average is down to just .182 on the season after Sunday's performance. He recorded two hits and a walk on Saturday but is otherwise 0-for-15 over the last five days. 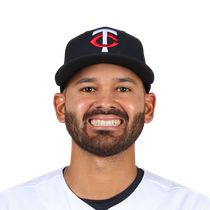 Marlins starter Pablo Lopez allowed one unearned run on six hits and two walks while striking out nine over six innings in Sunday's loss to the San Francisco Giants.

Fantasy Impact: Taking a loss on just one unearned run is about as unlucky as it gets, and Lopez now drops to 0-2 on the season. He bounced back after allowing six runs against the Braves in his last outing, but he ironically ended up with a no-decision in that start. Lopez will now take a 3.32 ERA and 1.25 WHIP into his next start against this same Giants squad in San Francisco. 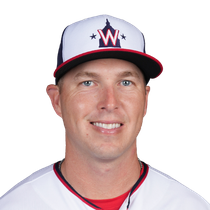 Marlins outfielder Corey Dickerson went 4-for-6 with a run scored and a stolen base in Saturday's win over the Giants. The steal was his first of the season.

Fantasy Impact: Dickerson now has hits in four straight games to raise his batting average from .257 to .327 on the year. He has yet to homer and only has three RBI but has scored seven runs in 15 games. 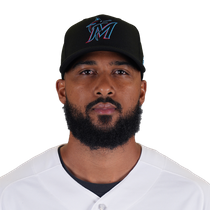 Marlins starter Sandy Alcantara allowed four earned runs on six hits and no walks while striking out seven over 6 1/3 innings in a no-decision against the San Francisco Giants on Saturday.

Fantasy Impact: Through four starts, Alcantara now has a 3.28 ERA and 0.93 WHIP with 28 strikeouts over 24 2/3 innings but an 0-1 record to show for it. He will look to get into the win column when he takes on this same Giants lineup in San Francisco in his next start. 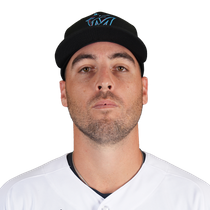 Marlins pitcher Dan Castano allowed one earned run on three hits and two walks while not recording a strikeout in a no-decision against the Giants on Friday.

Fantasy Impact: The zero strikeouts jump out when reading the box score, but that is pretty par for the course for the lefty Castano. He is unlikely to be more than a spot starter and bulk reliever for the Marlins this season and offers minimal upside in most fantasy formats. 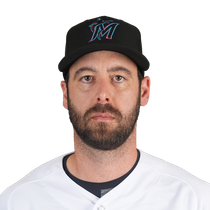 Marlins reliever Dylan Floro allowed two earned runs on three hits and two walks while striking out one over 1/3 of an inning on Thursday, blowing the save opportunity and taking the loss against the Braves.

Fantasy Impact: With Yimi Garcia presumably unavailable on Thursday, Floro had a chance to audition for future save opportunities. His audition did not go well. Floro had been nearly perfect on the season heading into Thursday, so he won't be buried just yet, but it's unlikely the Marlins will be switching from Garcia to Floro in the ninth inning any time soon. 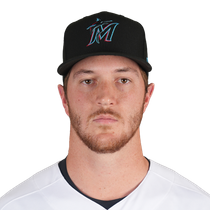 Fantasy Impact: While he didn't earn the win on Thursday, Rogers continued his strong start to the season. Through three starts, the young lefthander has a 2.40 ERA, 1.13 WHIP, and 23 strikeouts over 15 innings. He is scheduled to face the Orioles at home in his next start. 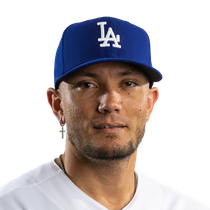 Miguel Rojas not in the lineup Thursday

Marlins shortstop Miguel Rojas is not in the lineup for the team's Thursday afternoon matchup against the Atlanta Braves. Jazz Chisholm Jr. is starting at shortstop, while Jon Berti gets the nod at second base. (Source: Fish Stripes on Twitter)

Fantasy Impact: This appears to just be a routine day off for the veteran shortstop with a day game following a night game. Rojas went 1-for-3 with a double, an RBI, a walk, and a stolen base in Wednesday's win over the Braves. The steal was his third of the season. 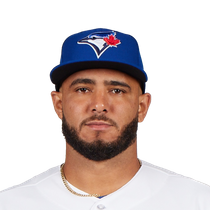 Marlins reliever Yimi Garcia struck out two over a perfect 10th inning to earn his second save of the season in Wednesday's win over the Atlanta Braves.

Fantasy Impact: Garcia allowed a run and took the loss in his first appearance of the season but has now tossed six consecutive scoreless appearances while logging two holds, two saves, and a win in the process. He is the closer for the time being in Miami. 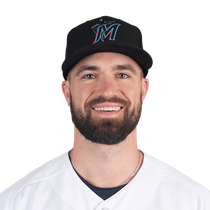 Marlins infielder Jon Berti went 1-for-5 with a double and two RBI in Tuesday's win over the Atlanta Braves.

Fantasy Impact: Berti is off to a slow start to the season and is now batting .200 with four runs scored, no home runs, four RBI, and no stolen bases through eight games (20 at-bats). 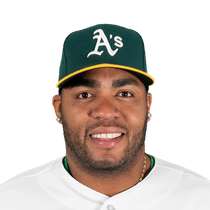 Marlins first baseman Jesus Aguilar went 2-for-4 with two walks and a run scored in Tuesday's win over the Atlanta Braves.

Fantasy Impact: Aguilar has yet to homer but is now batting .345 with three runs scored and four RBI through the first 10 games of the season. 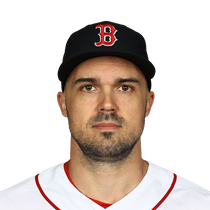 Marlins outfielder Adam Duvall went 4-for-5 with two homers, a double, seven RBI, and four runs scored in Tuesday's 14-8 win over the Atlanta Braves. The homer was his fourth of the season and third in the last two games.

Fantasy Impact: Duvall has always been a streaky power hitter, and he now has three home runs over his last two games while increasing his batting average by over 100 points. He is unlikely to stay this hot for a long period of time but, as he has shown in the past, is worth riding during his hot streaks. 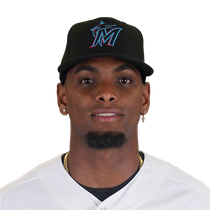 Fantasy Impact: Cabrera has been doing so without issue. He was diagnosed with an inflamed nerve back in mid-February, but continues to progress. There's a chance that he could make his MLB debut this season if everything goes well. 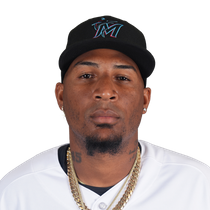 Fantasy Impact: Sanchez is doing so without issue. The top prospect continues his rehab while recovering from shoulder inflammation, but the fact that he was optioned to the minors before the season is putting fantasy managers in a bind (since he isn't IL-eligible). There's still no timetable for Sanchez's return, which makes it tough to keep him rostered in standard 12-team redraft leagues. 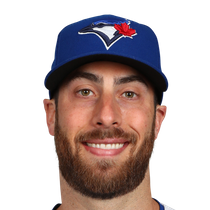 Anthony Bass blows another save, takes loss on bizarre HBP

Marlins reliever Anthony Bass blew his second save in as many chances on Thursday, allowing two earned runs on three hits and a walk while also taking the loss against the New York Mets.

Fantasy Impact: Bass blew Thursday's save in spectacular fashion, allowing a home run to Jeff McNeil, loading the bases, and then hitting Michael Conforto on an extremely controversial pitch that was actually almost ruled a strike. Instead of getting out of the way, Conforto actually leaned his elbow into a pitch that was out over the plate, and the home plate umpire ruled a hit-by-pitch after initially beginning to signal a strike. Through three appearances, Bass has now allowed six earned runs over 3 1/3 innings while blowing both of his save opportunities. At this point, it would not be surprising to see Yimi Garcia see the next save opportunity for the Marlins.