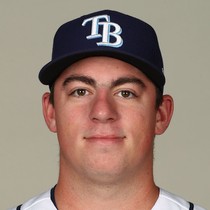 Fantasy Impact: McKay has been dealing with some shoulder stiffness but today's session reportedly went well. The Rays don't view it as a major concern. McKay pitched 49 innings in the majors last year, posting a 5.14 ERA and a 1.41 WHIP. Still, he is generally considered a top prospect heading into 2020 fantasy drafts. 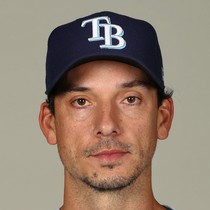 Fantasy Impact: "If I throw really well and I feel really good, it’s going to be a tough decision, but if either one of those things happen, where I’m not pitching really well, or I’m not healthy, then, yeah, I’m not going to play" were Morton's exact words. The 36-year-old was simply fantastic last year, posting a 3.05 ERA with a career-high 240 strikeouts in 194 2/3 innings. It would be fair for skeptics to expect slight regression but Morton should be a very useful fantasy asset this summer. 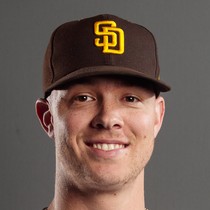 Fantasy Impact: Pagan finished 2019 as the Rays' closer, and converted 20 of 28 save chances while posting a 2.31 ERA and 0.83 WHIP in 70 innings. Pagan's fantasy value, though, will take a sizable hit in this trade, as Kirby Yates established himself as one of the game's top closers in 2019. Pagan will likely see action in high-leverage, late inning roles, but save opportunities will largely be given to Yates. 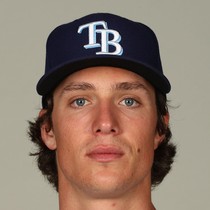 Fantasy Impact: Glasnow had wrist surgery back in November but recently told reporters that it was "super minor". The 26-year-old was dominant in 2019, posting a 1.78 ERA and a 0.89 WHIP across 12 starts. However, he also dealt with a flexor strain and is certainly an injury risk heading into 2020. Consider him a boom/bust type fantasy asset. 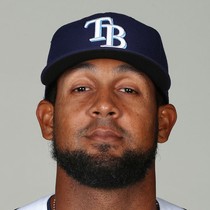 The Rays and Cardinals completed a deal on Thursday that sends 1B/OF/DH José Martínez, outfielder Randy Arozarena and a Competitive Balance Round A Draft pick to Tampa Bay for left-handed pitching prospect Matthew Liberatore. (Source: MLB.com)

Fantasy Impact: Martínez will make most of his appearances as the team’s designated hitter, which is a more natural fit than playing the outfield or first base. He’ll split time with Ji-Man Choi, Austin Meadows and Yandy Díaz, who all saw time at DH in 2019. Over his career, Martínez has a .976 OPS against left-handers, including a .997 clip in 2019 despite seeing a dip in overall performance. In a division that is loaded with left-handed pitching, adding a bat like Martínez was a priority for the Rays this offseason. 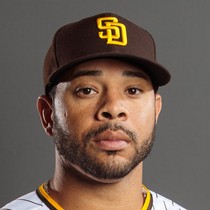 Tommy Pham could be headed to the San Diego Padres

The San Diego Padres are deep into talks to acquire outfielder Tommy Pham from the Tampa Bay Rays, according to a report from MLB insider Jeff Passan. Padres outfielder Hunter Renfroe is expected to be included in the proposed return. (Source: Jeff Passan on Twitter)

Fantasy Impact: While no deal is official yet, Passan's report indicates that one is close. The Padres are aggressively overhauling their roster after acquiring Manny Machado last season, and the Rays are always interested in swapping veterans and their salaries for potential. 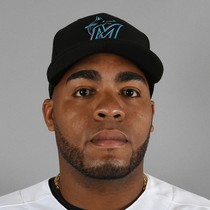 Jesus Aguilar has been claimed by the Miami Marlins. (Source: Jeff Passan on Twitter)

Fantasy Impact: Aguilar was recently designated for assignment by the Tampa Bay Rays. Passan notes that there is a clear path to playing time at first base on the Marlins, who return Garrett Cooper as the only real competition to Aguilar. Aguilar has more of a track record, though that's not saying much given Aguilar's inconsistency. For the Marlins, it seems worth the flyer in hopes Aguilar can return to 2018 form and become at least a trade chip for the rebuilding team. Aguilar's value would increase if given a regular role in 2020, but the situation couldn't be much worse playing in Miami with a weak offense surrounding him. 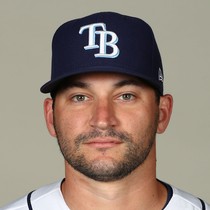 The Rays and Mike Zunino have come to terms on a one-year, $4.5 million contract for the 2020 season. (Source: Marc Topkin on Twitter)

Fantasy Impact: Zunino was set to hit arbitration for the final time this winter. The deal includes an option for 2021 that is valued between $4.5 million and $5.25 million. The 28-year-old had a tough year this past summer, batting .165 with a .544 OPS. 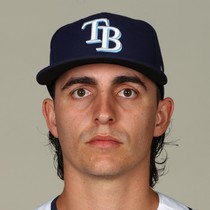 Fantasy Impact: Honeywell, who was once an elite pitching prospect, is trying to come back from two major elbow surgeries over the past couple of years. In 2017 he underwent Tommy John surgery and then fractured his elbow after returning this past season. The 24-year-old is probably still a year out from major league action. 2020 will be about keeping him healthy and intact. 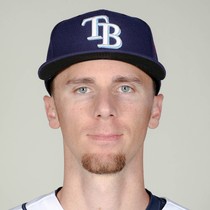 Matt Duffy homers in loss to the Blue Jays

Matt Duffy went 2-for-4 and hit his first home run of the season in Saturday's loss to the Blue Jays by a 4-1 score.

Fantasy Impact: Duffy has had another injury-filled year as the veteran infielder has not played a full season since 2015 when he played in 149 games with the Giants. Duffy is now hitting .255/.343/.331 on the season. 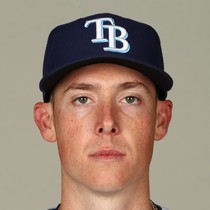 Ryan Yarbrough gives up three runs in loss to the Jays

Ryan Yarbrough allowed three runs on five hits and two walks while striking out three over five innings in a loss to the Blue Jays on Saturday.

Fantasy Impact: After bouncing between the bullpen and the rotation it looks like Yarbrough has solidified his role as a starter for the Rays. The 27-year-old finishes with an 11-6 record with a 4.13 ERA over 140 2/3 innings. 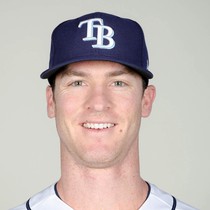 Joey Wendle scores a run in win over the Blue Jays

Joey Wendle went 1-for-4 with a walk and scored a run as the Blue Jays beat the Rays by a 6-2 score on Friday.

Fantasy Impact: Wendle has been a disappointment this season as the veteran infielder has been dealing with injuries and has struggled at the plate. Wendle is hitting .234 with three home runs and 19 RBI over 73 games. 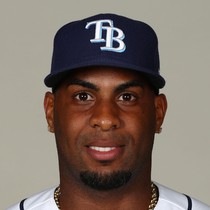 Yandy Diaz could return on Sunday

Yandy Diaz (foot) will play in an instructional league game Saturday with the goal of being activated from the 60-day injured list Sunday, Juan Toribio of MLB.com reports. (Source: Juan Toribio on Twitter)

Fantasy Impact: This is good news for fantasy owners as Diaz has made a quicker-than-expected recovery from a fractured foot, as the expectation had been that he wouldn't return this season. Keep an eye on updates to see if Diaz does indeed make it back on Sunday. 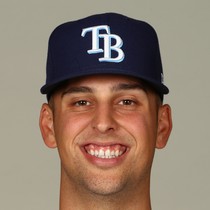 Nate Lowe went 2-for-3 with a double, a walk, and two runs scored Friday against the Blue Jays.

Fantasy Impact: Lowe has been solid in his opportunities in the majors this season as he has had a few trips up from the minors. Overall the rookie is hitting .272 with seven home runs, 18 RBI and 24 runs scored over 48 games. 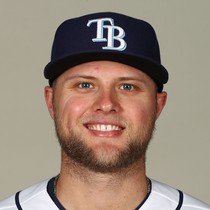 Austin Meadows homers in win over the Jays

Austin Meadows went 1-for-4 with a solo home run and a walk in Friday's win over Toronto.

Fantasy Impact: Meadows has had a break out first full season in the majors with the Rays. The 24-year-old outfielder is hitting .293 with 33 homers, 89 RBI and 12 stolen bases over 137 games in 2019. Meadows will be drafted high in 2020 fantasy drafts. 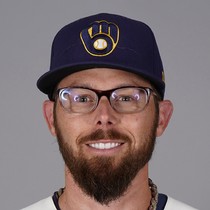 Fantasy Impact: Sogard hurt his foot from a foul tip on September 6 and has had issues ever since. It looks like the veteran infielder is done for the regular season but could see action in the postseason if he is ready to go next week. 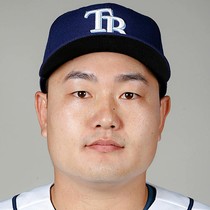 Ji-Man Choi had X-rays on his foot come back negative after leaving Wednesday's win over the Yankees, Marc Topkin of the Tampa Bay Times reports. (Source: Marc Topkin on Twitter)

Fantasy Impact: Choi fouled a ball off his foot during the ninth inning and remained in the game to finish the at-bat, but he did not retake the field for the bottom of the frame. Fantasy owners should keep an eye on updates for when Choi will be back on the field. 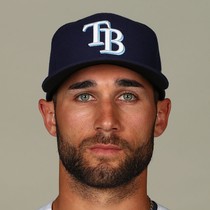 Kevin Kiermaier homers in win over the Yankees

Kevin Kiermaier went 1-for-4 and hit a solo home run on Tuesday as the Rays beat the Yankees by a 2-1 score.

Fantasy Impact: Kiermaier is hitting just .227 with a .276 on-base percentage. But the veteran outfielder has put up some solid counting numbers for fantasy owners with 14 home runs, 55 RBI, 60 runs and 19 stolen bases on the year. 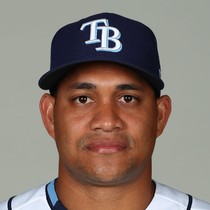 Yonny Chirinos gives up one run in no-decision

Fantasy Impact: This was just the second appearance for Chirinos who was activated off the IL on Monday. The 25-year-old pitcher has a 9-5 record with a 3.65 ERA and 1.04 WHIP with 112 strikeouts in 127 1/3 innings on the year. 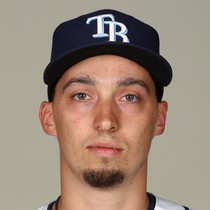 Blake Snell gives up one run in no-decision

Blake Snell allowed one run on two hits and three walks while striking out three through 1 2/3 innings in a no-decision against the Red Sox on Monday.

Fantasy Impact: Snell struggled with his command on Monday as he walked three and threw just 29 of his 52 pitches for strikes. The Rays are getting Snell ready for the postseason and will start him one more time on Sunday against the Blue Jays at Rogers Centre.