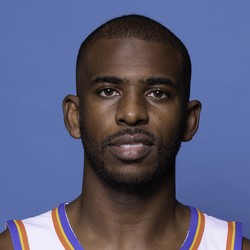 Chris Paul is set to produce a docuseries focused on basketball programs at historically black colleges and universities (HBCUs). The show is slated to unfold throughout the 2020-21 season and will look at the challenges HBCU schools face when competing with more prominent mainstream programs to attract top basketball recruits.

In speaking to Deadline, Paul discussed the surrounding context of the docuseries, “HBCUs historically have been at a competitive disadvantage with their basketball programs facing many challenges with funding, recruitment, misperceptions, and exposure. With the current racial awakening in our country prompting young athletes to look at where they play, it’s now more important than ever to shine a light on HBCUs and showcase their value in sports and society.” He plans to stay involved with the show even while participating in the NBA’s re-start in Florida. As the Thunder prepare for Orlando, Paul will be looking to lead his team deep into the playoffs and to a championship. This year he has averaged 31.8 minutes of playing time, 17.7 points, 4.9 rebounds, 6.8 assists, and 1.6 steals per game. Paul’s game is consistent and comes with a high-floor as well as a high-ceiling. He should be a starter in all fantasy formats.

President of the Players Association, Chris Paul, arranged a private call with some of the biggest names in the game on Monday to discuss resuming play on the 2019-20 season. Participants included LeBron James, Giannis Antetokounmpo, Kevin Durant, Kawhi Leonard, Stephen Curry, Damian Lillard, and Russell Westbrook.

According to sources, the group led by Paul is in favor of resuming play on the 2019-20 season, but are in agreement that player safety is of the utmost importance. The group’s decision is expected to have significant pull with the rest of the players in regards to the overall decision to resume to play. In addition to the private call, commissioner Adam Silver also held a conference call in which he suggested that a decision on returning to play would come in the next 2-4 weeks.

The Knicks reportedly have interest in acquiring PG Chris Paul. The team believes that the veteran point guard could help "jump-start the Knicks effort to build a winning culture," per Ian Begley of SNY.

Paul has reportedly drawn interest from the Knicks for months. His agent was Knicks' Team President Leon Rose, there is a relationship between the two. CP3 was producing in his first season for the Thunder before the NBA was suspended. Paul is averaging 17.7 points, 4.9 rebounds, 6.8 assists and 1.6 steals across 63 games for the Thunder this season. A move to the Knicks would not change his fantasy value too much.

Paul has been putting up middling fantasy numbers over the past few weeks but finally broke out his a game reminiscent of his younger days Friday night. He'll try to continue his youthful play Sunday against the Celtics.

That's six straight games that Paul has failed to crack 20 points, the longest cold streak of his season. Averaging 17.5 points, 6.7 assists, and 5.0 rebounds this season, Wednesday's performance was an all-around disappointment disregarding the three steals. Still, keep the veteran point guard in your lineup nightly as the Thunder prepare to kick it into playoff gear.

Dave Kluge18 weeks ago
Should I Trade...?
Do Not Sell
Are you looking to contact Customer Support about a subscription or account related question?
Yes
No, I'm a California resident looking for the California Consumer Privacy Act form