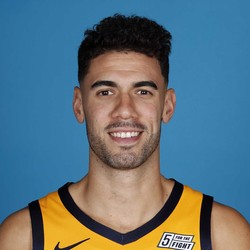 As the NBA inches closer to a possible return this season, the Utah Jazz will be without their best shooter and starting small forward Bojan Bogdanovic. Plagued by a right wrist injury since November, Bogdanovic opted for surgery on Tuesday - leaving an opportunity in the rotation for Niang. Jazz F Joe Ingles will likely be inserted back into the starting lineup, moving Royce O'Neale to the power forward position, where Niang will earn more minutes as a backup. Don't expect too much from the four-year veteran, as he's averaged 5.8 points, 1.9 rebounds, and 0.8 assists across 13.3 minutes per game in 58 games this season.

Niang had his occasional double-digit points scored game again for the Jazz. This is the sixth time he's done that this season but he's still not someone to add in any fantasy league.

Niang just isn't getting enough playing time to be worth looking at in any type fantasy league. You're best to look elsewhere via the waiver wire for fantasy help that you need in your league(s).

Niang did an admirable job on both ends of the court while coming off of the bench for Utah. However, he is not an option to consider even in the deepest of fantasy leagues.

Georges Niang has agreed to a deal with the Warriors. Niang spent time with the Pacers last season but could spend most of his time in the D-league this season.

Niang is way behind on the roster behind Draymond Green and company so leave him off your fantasy roster.