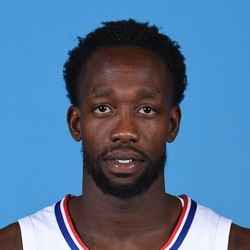 This was a solid get right game for Beverley, who really had been struggling over his last eight games played. It was encouraging to see but Beverley is not a scoring option on the Clippers and he hasn't been getting many steals either, just four over his last 10 games. He can be left on the waiver wire.

Another game, another disappointment for Beverley, who has scored in the double-digits just three times in his last nine games. His rebounds and assists have declined over that same period and he's become a non-factor in the steals department as well. He was trending down coming into this game and he can be safely dropped if you haven't already done so.

Beverley only attempted one field goal on the night which is odd considering the Clippers made almost 54% of their shots along with 18 three-pointers. The second unit was highly efficient and Kawhi Leonard and Paul George facilitated much of the offense for the starting group. Pat Bev is trending the wrong direction from a fantasy perspective and he can be left on waivers since he only provides three’s and the occasional steal.

Jovan Buha on Twitter is reporting that Coach Doc Rivers has confirmed that everyone is healthy and good to go. Patrick Beverly and Paul George will continue to be on a minutes restriction

Patrick Beverly played 19 minutes in his first game back and scored six points. With the minutes restriction Beverly will be limited in his production but can be streamed in deep leagues if needed.

Patrick Beverley returned to the Clippers lineup on Monday scoring six points (2-3 FG) with three rebounds, two assists, one steal, and two three-pointers in 19 minutes of action in a blowout win against the Memphis Grizzlies.

Pat Bev has been recovering from a lingering right groin injury that sidelined him for past five games. The Clippers coaching staff will be cautious with their starting point guard and since the Clippers acquired PG Reggie Jackson, there is no rush to give Beverley a full workload. Fantasy owners will have to be patient with Beverley but the recent trade for Jackson didn't do him any favors. Pat Bev should still provide value for those needing three's and steals.