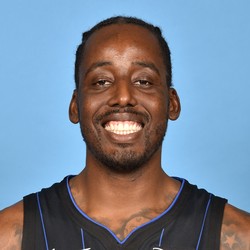 Al-Farouq Aminu has a setback with his knee

Al-Farouq Aminu (knee) had a setback at Thursday's practice and will be reevaluated, John Denton of OrlandoMagic.com reports.

Aminu suffered a torn meniscus in his right knee at the end of November and has been rehabbing the injury. With the latest setback, the timetable for Aminu's return is unclear and for now, fantasy owners should consider it indefinitely. Keep an eye on updates.