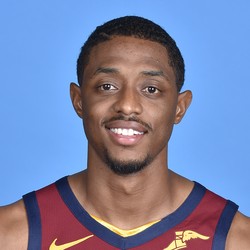 Brandon Knight sees 34 minutes in return to the lineup Wednesday

After sitting out of Sunday's game with a knee injury, Knight reentered the starting lineup and saw 34 minutes in Wednesday's game against the 76ers. Although he struggled with his shot, the eight-year guard was able to contribute in some other categories, finishing with six assists and five rebounds. Due to his shooting ability and Derrick Rose (ankle) missing time with an ankle injury, Knight should be given every opportunity to produce as long as he can remain healthy.