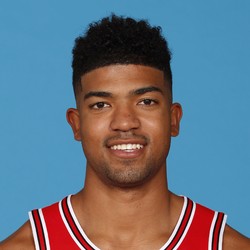 Chandler Hutchinson (shoulder) will not play Thursday’s game against the Hornets.

Hutchinson has been dealing with a shoulder injury since the beginning of January, but has played through it. The injury will keep him out at least one game. His next chance to return will be Saturday’s tilt against the Suns. Look for Shawn Harrison and Ryan Arcidiacono to see an uptick in minutes with Hutchinson sidelined.