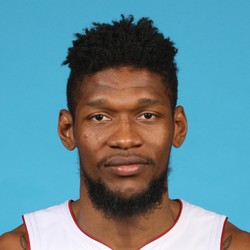 Chris Silva was in uniform Wednesday but did not get on the floor as Miami defeated Philadelphia 108-104.

This is not surprising given his minutes trend in December. The Heat beat the Sixers despite using just an eight man rotation, and Silva was a victim of that decision.