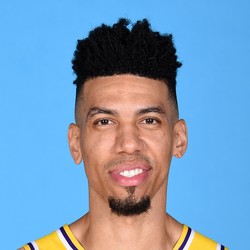 Los Angeles Lakers shooting guard Danny Green scored zero points in 25 minutes on Sunday, as the Lakers defeated the Clippers by a score of 112-103.

Green is getting decent minutes for the Lakers, but he is not doing a whole lot of scoring. He has now gone scoreless in two of his past five games, and is averaging 8.4 points per game on the season. In the past, he was a lethal three-point shooting option. Now, it is probably safe to drop him until further notice.