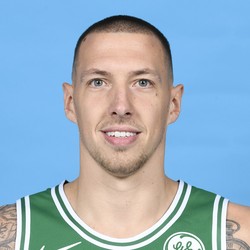 Daniel Theis says the break was vital for his recovery

Daniel Theis noted, like his teammate Kemba Walker, that the break was vital for helping his sore knees recover, “I think it was good for me too, the break we had, to help my knees and get lifting in. During the season, it’s hard to get lifting in between games.”

Before the hiatus, Theis was having the best season of his young career averaging 23.8 minutes of playing time, 9.3 points, 6.6 rebounds, 1.6 assists, .6 steals, and 1.3 blocks. He has been a pleasant surprise for the Celtics front-court rotation and has done a good job embracing his role on the team. His having time to rest will help him continue his solid play. Theis is undoubtedly worth a pick-up for deep-league play.