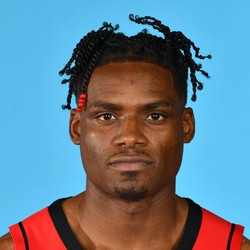 Danuel House Jr. scored four points (2-4 FG, 0-1 3PT), three assists and one rebound in only 12 minutes during the Rockets' 117-111 victory over the Timberwolves on Tuesday.

House Jr. has really struggled over his last three games, averaging just over four points per game while shooting only 16 percent from three. His poor play resulted in Mike D'Antoni only playing him for 12 minutes during Tuesday's win over the Timberwolves. The four-year pro's inconsistent play and the additions of Robert Covington, Jeff Green and DeMarre Carroll have really killed any fantasy value he had. House Jr. should be left on the waiver wire until further notice.