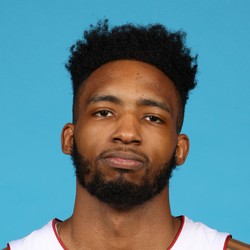 Jones Jr. had one of his best games of the year, scoring 23 points tonight. This was his second highest scoring output of the year. Jones Jr. doesn't produce enough on a regular basis to be owned in standard leagues, but is worth stashing in deep-league formats. The NBA has now suspended the season temporarily, due to the Coronavirus Outbreak.