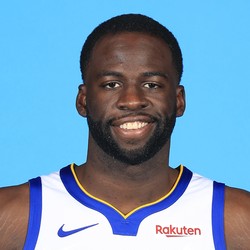 Warriors F Draymond Green appeared on the "All the Smoke" podcast and stated, "If I can get that back to above 36 percent -- possibly shoot 40 percent, which I know I'm more than capable of -- the league is in trouble again if I can do that. That's my goal."

Green's been battling several injuries this season but shared more details on a hip injury from 2018 that caused him to "restructure" his shooting mechanics - which he is admittingly still working through. Dray looks poised for a fantasy resurgence next season and having Steph Curry and Klay Thompson back will certainly elevate his chances.