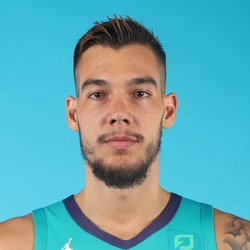 Willy Hernangomez scores eight points in loss against the Magic

Hernangomez had a decent night off the bench for the Hornets. His playing time is too inconsistent to have any value for fantasy owners in standard leagues. Hernangomez should only be used as a value play in DFS tournaments when he is playing a favorable matchup.