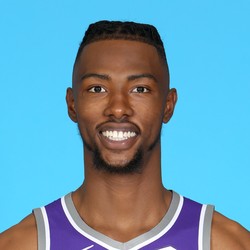 "Marvin Bagley will be the starting power forward with Richaun Holmes at center. Nemanja Bjelica will be in the rotation and Bagley will play minutes at center, too," Jones said. With a loaded front-court, it doesn't leave many minutes to go around in the rotation. "I’m not sure how the Kings sell him (Giles) on returning if there is a team willing to give him a bigger role," Jones added. Before the season was suspended due to the corona-virus pandemic, the 22-year-old center did flash some upside. Giles averaged 10.8 points, 6.2 rebounds, 1.6 assists while shooting 58.2 percent from the floor in his last 10 games. A change of scenery would only help Giles fantasy value.