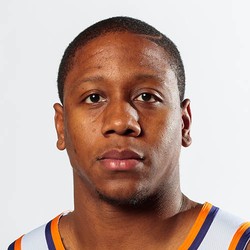 Isaiah Canaan has agreed to a contract with the Shandong Heroes of the CBA. He spent last season playing with Minnesota, Phoenix, and Milwaukee.

Canaan will be able to make a return to the NBA once the CBA season comes to an end. It is certainly possible that he reaches a deal with a team to play as a reserve, but he wouldn't be worth using in fantasy.