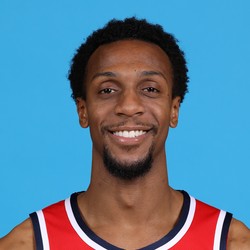 Ish Smith (hamstring) expected to be out one week

Ish Smith (hamstring) will miss "some time" and will re-evaluated in one week, said Wizards Head Coach Scott Brooks.

Smith has missed the last two contests due to a left hamstring issue. He will be re-evaluated in one week. Look for Shabazz Napier to fill in at point guard and see an expanded role with Smith sidelined.