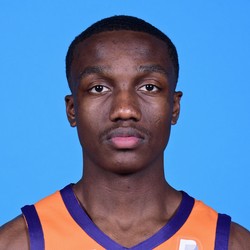 Two-way G Jared Harper has been claimed by the New York Knicks off free agency waivers.

In a subsequent transaction, the team has waived two-way G Kadeem Allen. Harper went undrafted out of Auburn in 2019, but signed on with the Phoenix Suns. He played the 2019-20 season mostly in the G League, but will get an opportunity with the Knicks ahead of the 2020-21 season. Allen on the other hand, has played 29 games sporadically for the Knicks over the past two seasons. He’ll look to catch on with another squad.