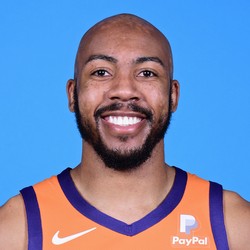 Ricky Rubio was out for this one with an ankle issue so that explains why Carter logged 27 minutes, the most he's played since late October. He put up a nice stat line and has shown he can provide some fantasy value if he plays meaningful minutes; the problem is those minutes have been few and far between this season. Rubio shouldn't be out long so Carter's relevance will be short-lived.