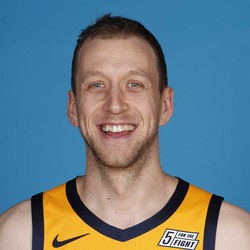 Joe Ingles leads team with 20 points off the bench

Ingles recorded his first 20-point game since January 14th, largely bolstered by a 4-of-8 clip from deep. He has produced a steady volume of assists lately but has really struggled to drop his shots, shooting just 29.3% from deep in February. Five games into March, he's shooting a much better 47.4%, a bit closer to his career averages of 40.7%. Ingles will still have games like this every now and then, but his days of being a plug-and-play fantasy asset are behind him.