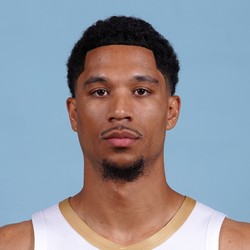 Hart has started the past three games with Brandon Ingram (ankle) sidelined. He is averaging 11.0 points, 7.0 rebounds, 2.3 assists and 2.0 triples during those starts. Hart is worth stashing in deep-league formats and can be used as a streamer while Ingram remains out. The Pelicans next scheduled game after the All-Star break is February 21st against the Trail Blazers.