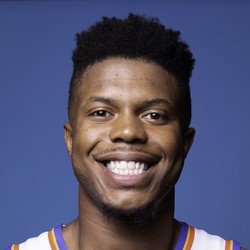 Justin Patton signs with the Pistons

Patton played this past season for the Oklahoma City Blue of the G League as well as five games for the Thunder. The former 16th overall pick in 2017 out of Creighton gets $483,115 from Detroit for the remainder of this season as well as a fully non-guaranteed salary of $1,762,796 for the 2020-21 season. A solid pickup at the young age of just 23 for the Pistons. Patton still has a lot of potential and maybe he could even be the next Christian Wood.