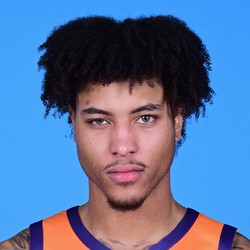 Kelly Oubre Jr. (knee) could make his return to the court in mid-April from a torn meniscus he suffered back in late February.

Oubre Jr. had surgery on March 3 to repair a torn meniscus he suffered on February 24. It was reported that he would be re-evaluated after four weeks to see if a return was feasible. At the time, the regular season was set to end on April 15, but now, with the NBA suspension of at least 30 days, Oubre Jr could be cleared for his return around the time the league resumes play. That’s assuming the NBA decides to play regular season games at that time, as the Suns are most likely not going to make the playoffs this year. If you have an open IR spot on your roster, it might not be a bad idea to pick up the Phoenix G/F who was having a top-50 type year before the unfortunate injury.