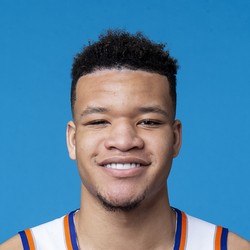 According to Marc Berman of the New York Post, Kevin Knox's camp has grown frustrated with his lack of playing time after the hiring of Knicks President Leon Rose and promotion of interim head coach, Mike Miller.

Prior to the NBA's suspension, Knox was in the midst of a scoring slump, shooting 30.4% from the field and averaging 5.0 points per game over his last 10 games. His minutes also took a plunge this season - having played 28.8 minutes per game last season compared to only 17.9 minutes per game this season. Knox has yet to earn the trust of his coaching staff and can be left on waivers unless he receives a significant boost in playing time.