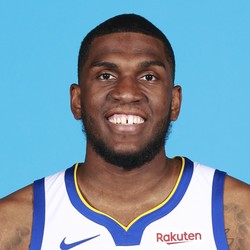 Kevon Looney (hip) ruled out for Wednesday's game against Phoenix

Kevon Looney will not participate in the Warriors' contest on Wednesday against the Suns, due to a hip injury that he sustained during a fall.

Looney should be removed from all lineups that planned to utilize him. This is a clear upgrade to Marquese Chriss. Chriss' FanDuel salary heading into Wednesday's slate is $5800 which makes him a GPP-only play. Chriss has played well over the last two games, scoring at least 35-plus FanDuel points in each contest and he will need to score at least 34 FanDuel points to hit his value for GPP's.